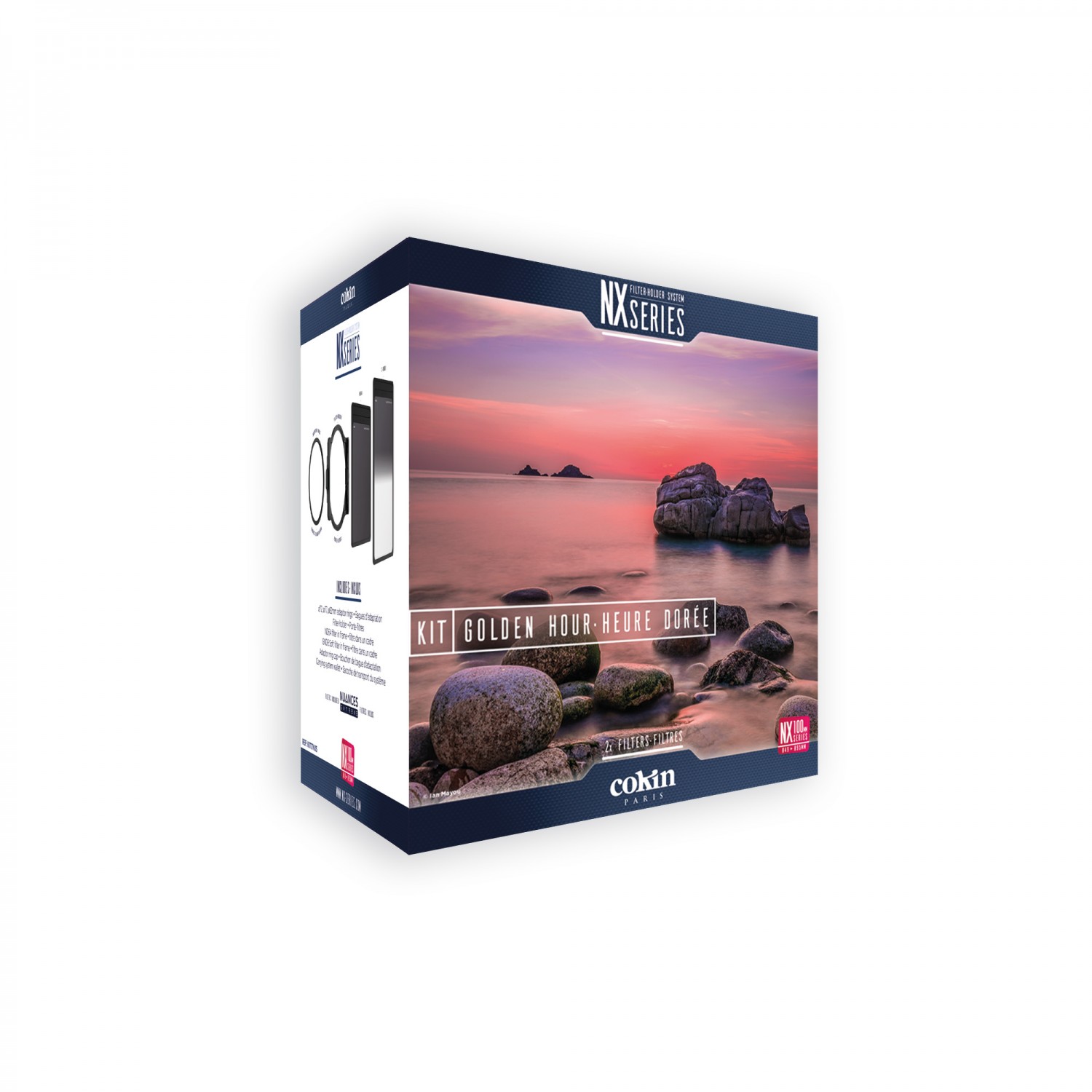 The NX-Series kit optimised for the specific light of the Golden Hour, with one ND64 filter (6 diaphs) for moderate motion blurring and one GND8 soft filter to densify the upper sky

The NX-Series Golden Hour Kit includes the NX-Series filter-holder, one ND64 6-stops neutral density filter and one GND8 soft graduated neutral density filter, both of which are supplied in aluminium frames. The kit also includes three adapter rings in diameters of 72mm, 77mm and 82mm and a soft wallet so you can start shooting immediately. The kit is particularly suited to the dim light of the "Golden Hour", the brief period of time after sunrise or before sunset. To blur moving parts of the image, such as the movement of the waves, it is not necessary to use an overly obscuring neutral density filter such as the ND1024 (10 stops), which would extend the exposure time excessively. The ND64 filter is sufficiently dark and the GND8 soft graduated neutral density filter is a good complement to it, in order to reduce a too large difference in brightness in the photographed scene.