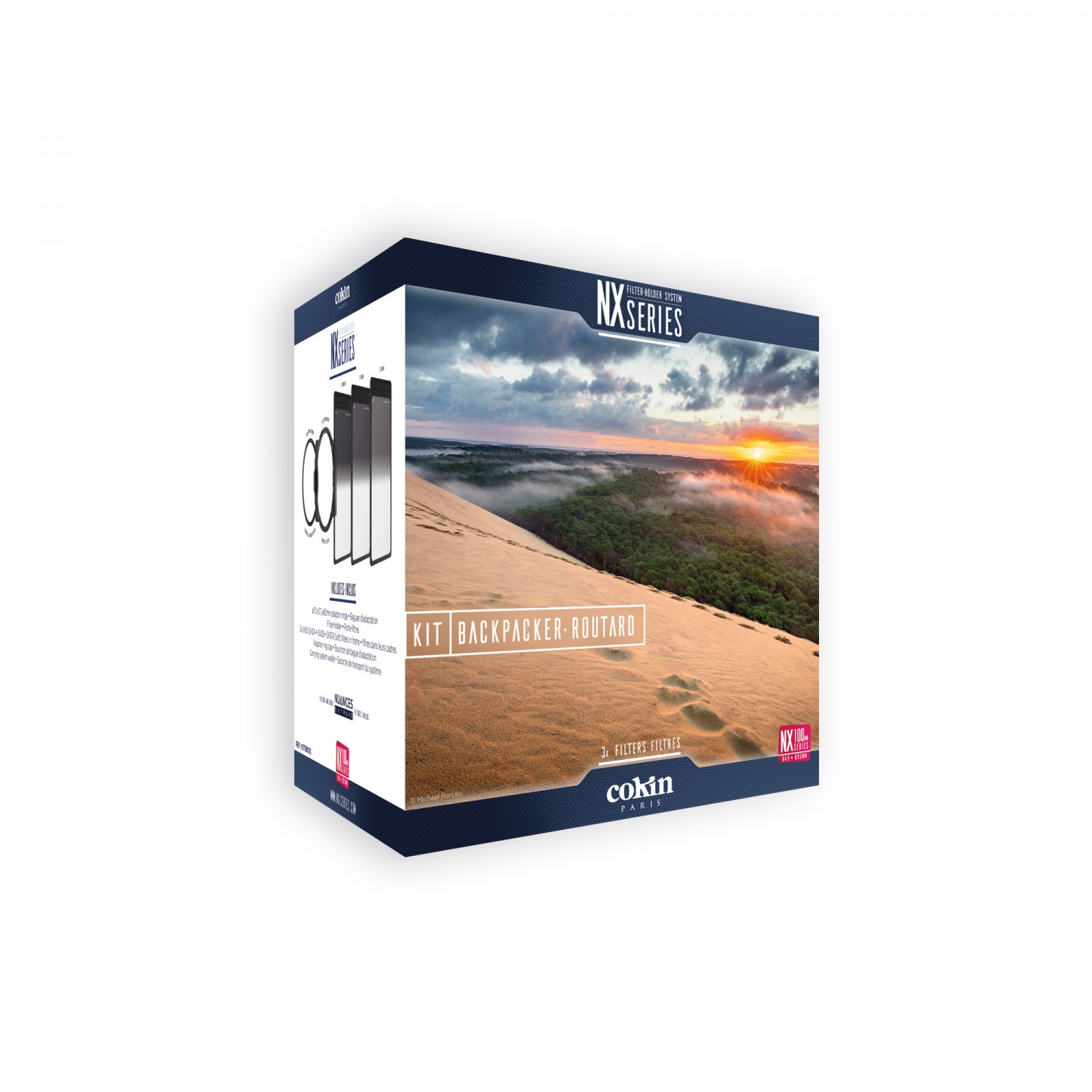 The best NX-Series kit to exploit all the possibilities of neutral graduated filters in 3 maximum densities GND4, GND8 and GND16

The NX-Series Routard Kit includes the NX-Series filter-holder, three soft transition graduated neutral density filters GND4, GND8 and GND16, all of which are supplied in aluminium frames. The kit also includes three adapter rings in diameters of 72mm, 77mm and 82mm and a soft wallet so that you can start shooting immediately. Soft graduated neutral density filters are traditionally used in filter-holder systems to reduce excessive brightness differences in the scene being photographed, regardless of the geometric shapes of the landscape. Because they are longer than they are wide, it is possible to place their transition zone anywhere in the image by simply moving the filter vertically in the filter holder-slides.

The Routard NX-Series Kit covers all ambient light conditions, from the slightest to the most extreme differences in brightness. The three graduated neutral density filters GND4, GND8 and GND16, which absorb 2, 3 and 4 f/stops respectively in the darkest part of the glass, can be used alone or in combination. It is then possible to reach very high density values by combining 2 filters :